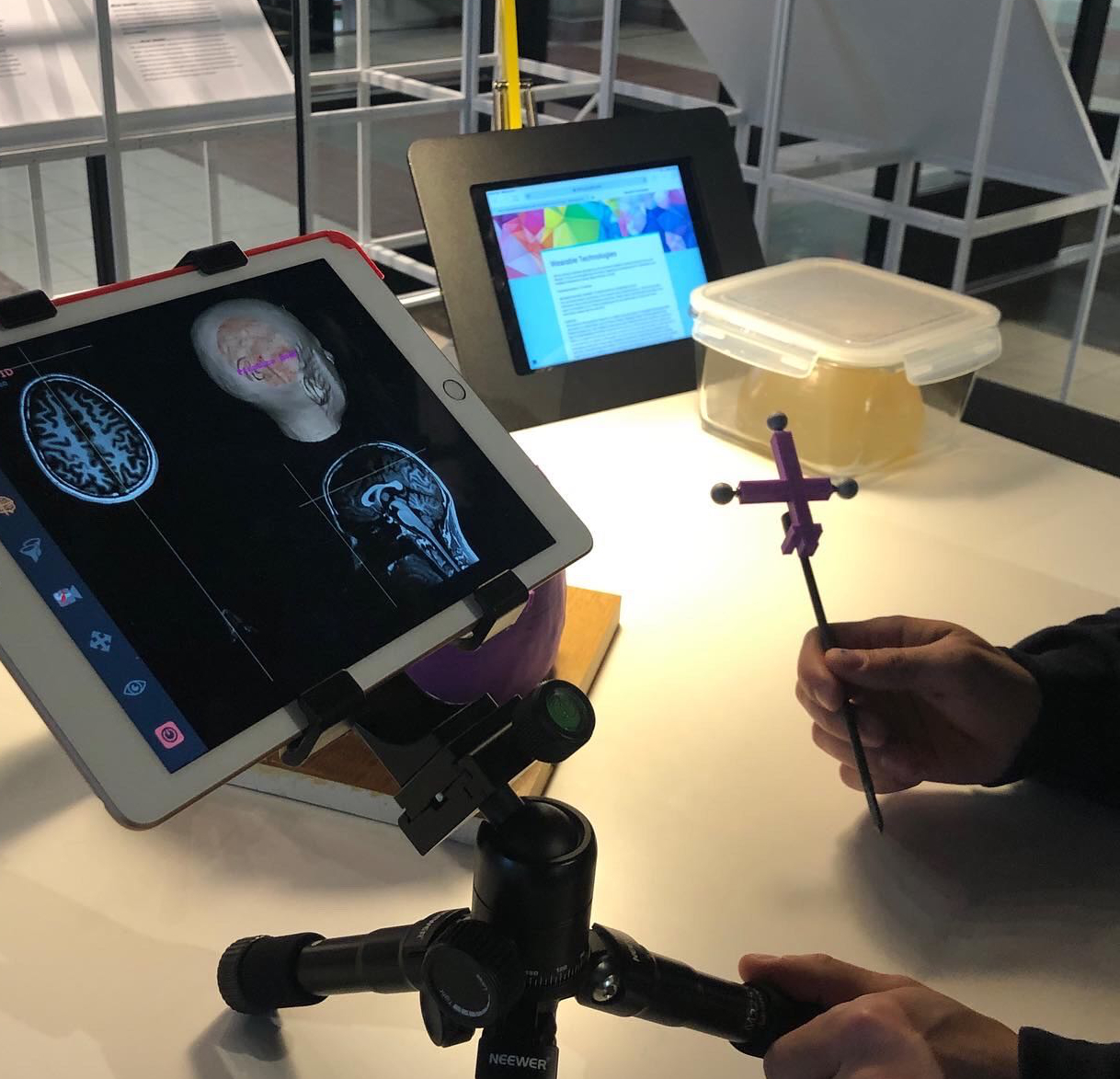 Neuronavigation systems making use of augmented reality (AR) have been the focus of much research in the last couple of decades. In recent years, there has been considerable interest in using mobile devices for AR in the operating room (OR). We propose a complete system that performs real-time AR video augmentation on a mobile device in the context of image-guided neurosurgery.

MARIN (mobile augmented reality interactive neuronavigation system) improves upon the state of the art in terms of performance, allowing real-time augmentation, and interactivity by allowing users to interact with the displayed data. The system was tested in a user study with 17 subjects for qualitative and quantitative evaluation in the context of target localization and brought into the OR for preliminary feasibility tests, where qualitative feedback from surgeons was obtained.  The results of the user study showed that MARIN performs significantly better in terms of both time (p < 0.0004) and accuracy ( p < 0.04) for the task of target localization in comparison with a traditional image-guided neurosurgery (IGNS) navigation system. Further, MARIN AR visualization was found to be more intuitive and allowed users to estimate target depth more easily.

MARIN improves upon previously proposed mobile AR neuronavigation systems with its real-time performance, higher accuracy, full integration in the normal workflow and greater interactivity and customizability of the displayed information. The improvement in efficiency and usability over previous systems will facilitate bringing AR into the OR. 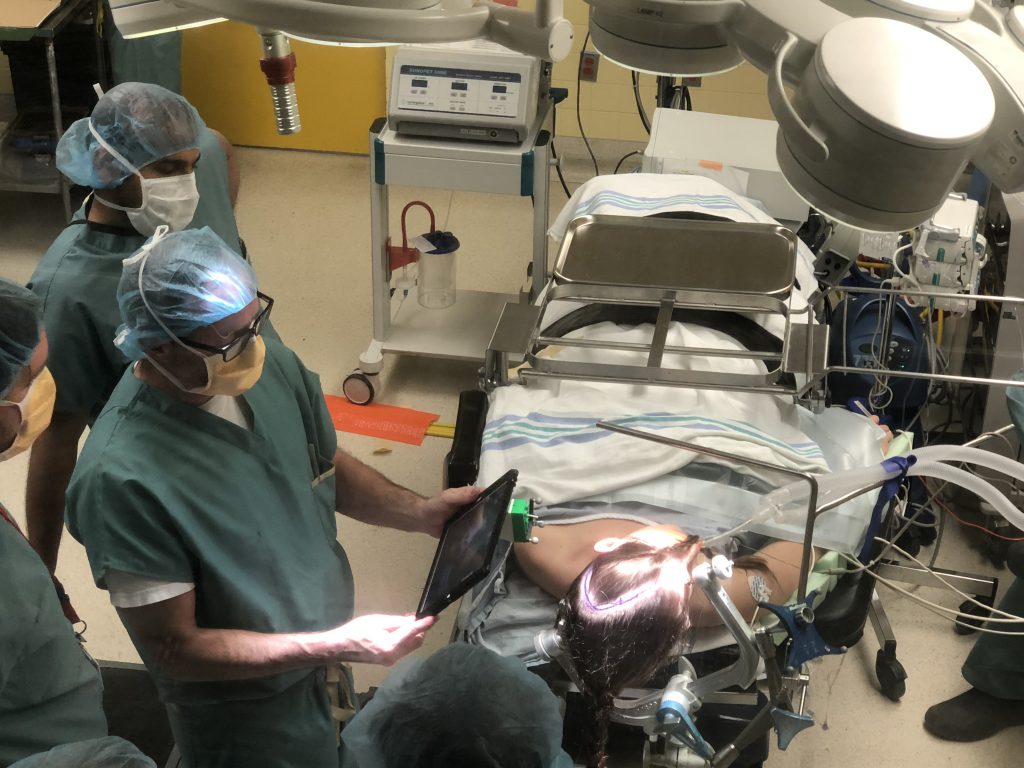